In Christ alone, my hope is found 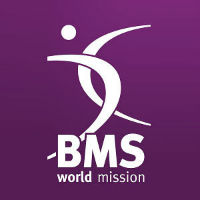 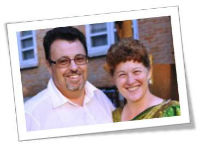 Alan and Megan Barker joined BMS in 2000. Their initial overseas placement was with United Mission to Nepal (2000-2004) in Kathmandu where Alan worked in management and Megan as an occupational therapist. After a period of leave of absence, they returned to Nepal in 2007 to work with International Nepal Fellowship (INF) in Surkhet. Alan worked in management and donor relations, training local staff as he did so. Megan developed rehabilitation services, expanding the work beyond leprosy to include other disabilities, working alongside and training Nepalese therapists. Alan and Megan have had an extended time in the UK awaiting visas, but they have now returned to Nepal while they continue to progress their visas and settle back into life there. Alan and Megan have three children who were in Nepal with them initially but are now adults and have settled back in the UK.

Mat and Suzanne Gregory relocated to Albania in January 2014. Prior to moving, they worked long-term in Lebanon alongside Kids Alive International. Mat was country director, and both Mat and Suzanne worked at the boys’ school attached to Dar El Awlad orphanage, meeting the educational needs of children of refugees. Now in Albania, Mat works alongside the local church to support development projects. Suzanne is now Head of the Lower School at GDQ International Christian School, which provides quality education for the children of mission workers. Mat and Suzanne Gregory are members of St John the Evangelist (Church of England), Walmley, Sutton Coldfield. They have two children, Seth and Esther.

The church also support children around the world with World Vision and Compassion.